We aim to address the lack of diversity in the UK arts sector providing opportunities for young people from disadvantaged neighbourhoods across the UK to explore the Arts by incorporating Arts-based activities from a range of disciplines into IntoUniversity’s existing programme.

Khadija Saye Arts at IntoUniversity was founded in September 2019 by IntoUniversity and Khadija’s mentor, the visual artist Nicola Green, in memory of Khadija Saye. Khadija was a Gambian-British artist and former IntoUniversity North Kensington student, who tragically died in the Grenfell Tower fire on 14th June 2017, aged just 24. Despite her young age, she achieved recognition as a hugely talented artist and had already produced significant work, showing extraordinary promise for the future, and was the youngest artist to be exhibited at the Diaspora Pavillion at the 2017 Venice Biennale.

Khadija received support with her learning and encouragement for her ambitions at IntoUniversity over more than ten years, getting help with her homework through the Academic Support programme and going on trips to universities and cultural landmarks to expand her horizons. From the age of seven, Khadija Saye’s artistic talent was nurtured by IntoUniversity, through attendance at IntoUniversity’s Carnival Arts Programme where her instinctive creativity was ignited, nurtured and developed over successive summers.

Through IntoUniversity, Khadija was awarded an Arnold Foundation Scholarship for sixth form at Rugby School where she discovered her talent for photography, producing work of a quality rarely seen by a sixth form student.

There are many young people who, like Khadija, could benefit from support in order to realise and achieve their ambitions. Khadija Saye Arts at IntoUniversity enables more young people to follow in her footsteps and show the originality of their voice and their talent.

Khadija Saye Arts at IntoUniversity continues the work of IntoUniversity with a focus on encouraging and supporting young people with an interest in the arts.

Working with organisations, artists and schools, young people are encouraged to consider creative studies and careers; not only as practitioners – visual artists, actors, architects, designers – but also the professions that support the creation of art; from curating and directing, to conservation and technical support, the programme will cover different aspects and roles.

This diverse range of creative activities, incorporated into IntoUniversity’s already established programmes, allows for creative and imaginative expression across a variety of disciplines, enabling students to discover their own strengths. It focuses on broadening horizons beyond the curriculum to include the arts, through the following:

Providing high quality experiences of a variety of Arts through trips, workshops and work experience.

Giving young people the opportunity to develop existing skills and learn new skills required to be successful in the Arts.

Developing and embedding the understanding of Arts options throughout the IntoUniversity programme and guiding young people through their subject choice, course and other important career decisions. 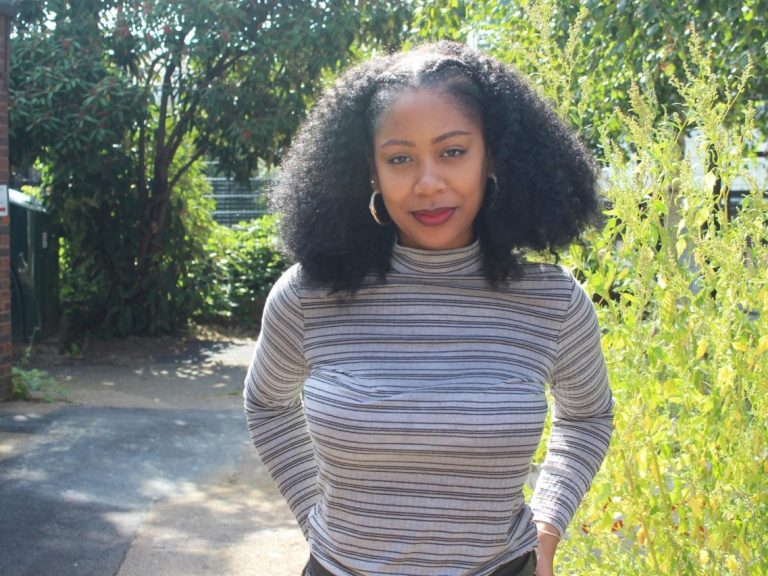 Jade Morgan joined us in June 2021 and is our Arts Programme Manager, overseeing the Khadija Saye Arts Programme. She has a Interior Design degree from the De Monfort University. Jade previously was a Volunteering and Community Involvement officer at the Roundhouse in Birmingham.